After a shocking 2-2 draw against Villareal, Los Colchoneros will be heading to their birth countries to help their native teams to victory. This is a good start for players to show their worth, woo over managers, and build a reputation for themselves. More importantly, it's a chance to bring glory to their birthplaces and achieve the highest honor in soccer: become a World Cup champion. 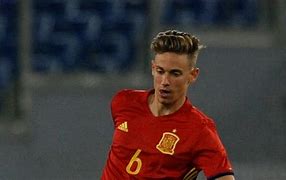 Llorente and Trippier Battle For Colchonero Player Of The Day

This is closer than I expected. Although Marcos Llorente had the better performance on paper: two assists, Kieran Trippier should be the man of the matchday.

Trippier touched the ball 121 times. 121 times is a lot, especially taking into consideration Llorente touched the ball 71 times. Trippier also created two chances, like Llorente did. He was just unlucky enough to not have his teammates finish.

Finally, Trippier won ten duels out of thirteen. Even being put into a position where you can try for a duel is tough. By comparison, Llorente won five duels out of six.

With a immense 121 touches, two chances created, and ten duels won, Kieran Trippier cemented his position as one of the best English right-backs and showed why Gareth Southgate should continue to call him up. Trippier was one of the best players out on the pitch today, and had a productive day overall.

Explosive and versatile as ever, Marcos Llorente assisted twice in Spain's rout of Georgia. The squad relied on his pace and unpredictability to achieve success. Llorente fed Carlos Soler and Ferran Torres to help complete the victory.

Spain are barely ahead of Sweden, and are first, but Sweden, Kosovo, and Greece haven't played as many games as Spain. It doesn't look like Spain will be top by the end of international break. They'll play Kosovo next, which will be a must-win game for them.

A surprising suspension impacted some of Atleti's finest South American talent, as Matheus Cunha, Rodrigo de Paul, and Angel Correa would miss the chance to show off their skill. According to a news broadcast, it has to do with 4 Argentine players playing for EPL clubs breaking quarantine rules.

Yannick Carrasco Has A Productive Day Against the Czech Republic

A highly-anticipated clash with the Czech Republic ended in a win for Belgium. And, of course, Yannick Carrasco had a helping hand with it. Carrasco shot twice and touched the ball 46 times. Carrasco also had five recoveries. Belgium's 3-0 win over the Czech Republic will go a long way towards European qualification.

Although Oblak wasn't extraordinary, he helped his team to a win thanks to his reliability and elite keeping. The Slovene keeper saved one shot and kept a clean sheet against overmatched opponent Malta.

Even though Griezmann was able to create a little bit of chances and even sent his own shot too high, Griezmann's France wasn't able to triumph over Ukraine. Missing explosive midfielder Thomas Lemar, they earned their second straight draw.

Les Bleus have still retained their number one spot, four points clear of Finland and Ukraine. They'll face Finland next.

Stefan Savic's Montenegro Gets Demolished By the Netherlands 4-0

Barcelona player Memphis Depay scored twice, leading the Netherlands' romp over Montenegro. Stefan Savic was booked and finished with just 19 touches: very uncharacteristic of the dependable defender. The Atleti defender would go on to be subbed at halftime.

Montenegro drops to fourth in a tightly-contested table. They'll face Latvia next.

Despite Jan Oblak not being called upon time after time again like he usually is in national team matches, Oblak made the stops he needed to. His solitary save and reliability helped Slovenia to a 1-0 win. Slovenia could've scored more goals, but the opposing goalkeeper made good saves as well.

Slovenia moves up to third in their group. They'll face Croatia in a top-of-the-table clash.

Today's Colchonero of the Day for World Cup Qualification is Angel Correa. The only Atleti player to score on the 2nd, he bagged a singular goal to help Argentina best Venezuela.

September 2 was an important day for Matheus Cunha. After winning the Olympics and taking home gold, Cunha earned his first cap. Subbing on for Gabriel Barbosa of Flamengo CF, Cunha wasn't given much of a chance to impact the game.

However, rest assured that soon, he will.

Copa America champions Angel Correa and Rodrigo de Paul were each instrumental in Argentina's success. As a substitute, Angel Correa scored in the 74th minute to score his third international goal in thirteen caps.

Argentina plays rivals Brazil in a mouthwatering clash at the top of the table.

After a worrying injury that has cause Luis Suarez to miss Uruguay's World Cup qualification matches, Uruguay became deadlocked in a frustrating tie. Atleti's Jose Gimenez played the full 90 minutes, earning 46 touches. Edinson Cavani and Luis Suarez's absences may be the reason for the draw: they might not have the attacking power they need.

Uruguay faces Bolivia next on the fifth.

Amidst heavy competition for a midfield spot, Yannick Carrasco proved why he deserves one of the rare, elusive starting spots. In his 50th cap, Carrasco shot four times and assisted Thomas Foket's goal.

His performances will certainly be appreciated by the gaffer, so you can expect him to start a few more games.

The Czech Republic lie in wait: it will be one of the more interesting matches of the day.

Unfortunately for the Atleti right back, Kieran Trippier was left away on the bench against Hungary. His spot was stolen by Manchester City defender Kyle Walker. However, his presence was really needed. Raheem Sterling, Harry Kane, Harry Maguire, and Declan Rice all scored in an English rout.

England will try to replicate this performance against Andorra.

Marcos Llorente Subbed In For Koke While Spain Loses To Sweden

Surprisingly, Spain was unable to triumph over Sweden. Previously in the Euros, Spain and Sweden had faced off in the group stage. It was a stagnant 0-0 draw, with the Spaniards coming inches to scoring.

During the game, Koke was instrumental in Spain's offense. Playing as a left midfielder, he was able to orchestrate attacking play. Marcos Llorente didn't do the same. Subbed on in the 75th minute, Llorente wasn't given much of a chance to make an impact.

Spain will look to rebound against overmatched opponents Georgia.

Today's Colchonero Of The Day for World Cup Qualification matches is Antoine Griezmann. The on-loan player equalized for France, while also getting his shot saved. His actions helped France secure a point.

New signing Antoine Griezmann played extremely well in France's draw with Bosnia. He had his shot saved once before equalizing for France. Griezmann's attacking creativity helped his side earn a point and coast to the top of the standings.

Thomas Lemar also made an appearance in the game before being subsituted for Aurelien Tchouameni at halftime. Even without Jules Kounde(red card), France was able to keep a point.

France is first in their World Cup qualification group by a total of four points: Ukraine lags behind in second.

5:11 PM, EST Despite Heavy Pressure, Stefan Savic Leads Side To A Point

Although the Netherlands and Turkey also got a point, Montenegro's draw against Turkey will go a long way in helping them qualify. Savic provided guidance to the overmatched Montenegrin defence, helping them stay in third. They'll play the Netherlands next in an important clash that could decide whether Montenegro qualify for the World Cup.

Despite conceding a goal, Jan Oblak put up a decent showing against Slovakia. The underdogs, thanks to Petar Stojanovic's(Empoli)'s goal, were able to secure a point. It wasn't a half-bad showing. Thanks to the point, Slovenia move a place closer to qualification: up to fourth.

Without the currently most-valuable Central African soccer player, the Central African Republic did decently against Cape Verde. Although they couldn't steal a win over the opposing side, they were able to secure a point and move up in the table.

The real question is: Will Kondogbia make an appearance against Cape Verde? Only time will tell.

After barely earning a bye to the 2022 CAF World Cup qualification tournament, Geoffrey Kondogbia will lead a team not expected to make it to the World Cup.

Action will start off with Geoffrey Kondogbia captaining the Central African Republic. The tenacious defensive midfielder will captain the African squad. His first game of the international break will be against Cape Verde.

Nigeria, Cape Verde, and Liberia are in the Central African Republic's group. Only one spot for advancement will be open. The team with the most points by the end of each team's three games will move on to the third round with nine other teams. The 5 winners of a home-and-away set of games will then qualify to the big stage.

Now, with expectations placed heavily on his shoulders, Geoffrey Kondogbia will try to live up to them.

After a disappointing round of 16 exit, Thomas Lemar will be tasked with redeeming his side: if he gets the chance. An intense competition for midfield minutes will ensue. Paul Pogba and N'Golo Kante is virtually ensured a starting spot, leaving a maximum of two or three midfielders. Corentin Tolisso and Lemar will have a close competition. Untested Aurelien Tchouameni and neglected Jordan Veretout will probably make an appearance as well.

After an intense match with the Bosnians that the Frenchmen are expected to win, they'll then play Ukraine.

Leading a potent Montenegrin side, Stefan Savic will be tasked with anchoring his national team's defense in an important game. First-placed Turkey will face Montenegro, who is only one point behind Turkey. Turkey did surprisingly bad in Euro 2020, where they failed to get past Italy, Wales, and Switzerland.

Now, with even higher expectations, the Turkish national team can't slip up against Savic's side.

After the big clash, Savic's side will play soccer giants Montenegro.

Without a doubt, Jan Oblak is the best Slovene keeper of all time. He's in contention for the best keeper of all-time. Regardless, Oblak will suit up for his native country against worthy foes Slovakia. The squad will be led by Milan Skriniar, Juraj Kucka, and Peter Pekarik. Although the squad will be underdogs, they have the capability to pull of an upset.

Slovenia is fifth in World Cup qualification, having won once and lost twice in Group H.

Luis Suarez's absence from the national team will be a huge blow to the Uruguayan national team. The all-time leading goal scorer will miss the international games due to a moderate enema on Suarez's right knee.

Hopefully the talisman will be able to make in time for Los Rojiblancos' away game against Espanyol.