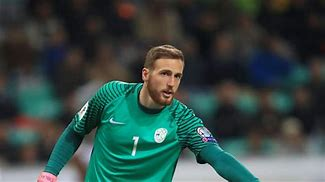 Jan Oblak Only Keeper Called Up

The force between the sticks for Atleti, Slovene keeper Jan Oblak has been a dependable keeper of Atleti. Rated the league’s most valuable player this season, he might as well be called Slovenia’s most valuable player. The 28-year-old will patrol the posts for Slovenia against the potent squad Slovakia, will have an easy game against Malta, and then round out the World Cup qualification group with a battle against Croatia.

Benjamin Lecomte, unsurprisingly, was not chosen to play for his native France. Although he had a good season for Monaco last season, being backup goalie for Jan Oblak won’t greatly improve his stock. There are a lot of good keepers in France(Hugo Lloris, Mike Maignan), and there probably isn’t hope for Lecomte to make an appearance for the squad.

Although the Montenegrin defender will be banned for four games, he won’t be banned from representing his native country in World Cup qualification. Savic will anchor his defense to the best of his ability. They’ll need his expertise against Turkey, the Netherlands, and Latvia.

Alongside Atletico legend Diego Godin, goal scorer Luis Suarez, and playmaker Edinson Cavani, Jose Gimenez will be called up. Capped 67 times, the Uruguayan will try to make it 70 with games against Peru, Bolivia, and Ecuador. These games will be important for Uruguay: spots for the four guaranteed World Cup spots are hard to come by.

After drawing many eyes while playing for England at the Euro 2020, Kieran Trippier is set to avenge his country’s loss with success in the qualification stage. The creative fullback was instrumental in Atleti’s success, and, despite Manchester United, Arsenal, and Chelsea’s interest, it looks like he’ll stay put this transfer window. Trippier will probably start the three games. Their opposition will be Hungary, Andorra, and worthy foes Poland. 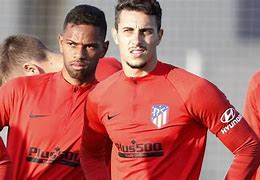 Despite their defensive prowess, neither Mario Hermoso nor Renan Lodi has been called up for the upcoming World Cup qualification. Hermoso last played at Celta Vigo, where he was involved in a messy brawl that saw him sent off.

Lodi has yet to make an appearance this season. Although he might not be a Diego Godin already, I think he’s good enough to earn a call-up. The former Paranaense player will stay in Madrid alongside Hermoso.

Players like Felipe, Nehuen Perez, and Francisco Montero will also stay back. Santiago Arias, alongside fullback Sime Vrsaljko, will also relax back in Madrid.