Throughout the Atleti’s summer window, most of the attention has been on finding a number nine to relieve Luis Suarez. Antoine Griezmann, Alexandre Lacazette, Rafa Mir, Dusan Vlahovic, and Matheus Cunha have all been linked with Los Rojiblancos at one point or another. However, none of those rumors look like they will materialize. And while Atleti tries to find a suitable replacement for the former Barcelona legend, one of Atleti’s big needs has gone unnoticed: they need a backup goalie.

OK. The word need might be a big word. It would probably be more like want. Jan Oblak usually doesn’t need rest or get injured, and they already have a more than capable keeper in Ivo Grbic. However, the question echoing around some forums has been whether Atleti needs another backup keeper.

Barcelona, Man City, Juventus, and AC Milan all have three. Real Madrid, Villareal has two. And while one of the world’s best goalies of all time is an Atleti player, it still may worry some that Atleti has a lack of depth in the keeper position. So, without further ado, I present four options that Atleti has if they decide to do something about the keeper business. 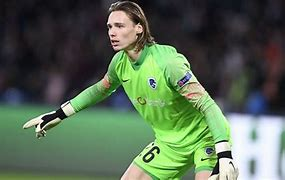 It’s unlikely that Atleti is willing to break the bank for a young phenom who won’t do anything but warm the bench. Miguel San Roman was, recently, an example of that. The heads at the Wanda Metropolitano sent him over to SD Huesca, where he could be a second-string keeper.

However, it could be a smart signing. Young keepers have the motivation to give their all, and motivation is usually infectious. There is also the chance that the young keeper could fill Jan Oblak’s immense shoes later on. But that is a very small chance.

Snatch away a free agent 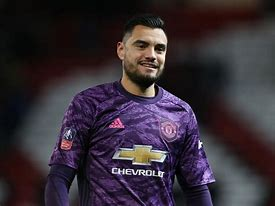 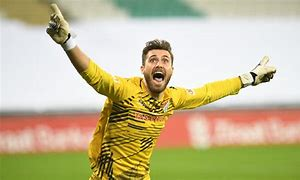 Since this isn’t such a big issue, it shouldn’t be an expensive issue either. Ivo Grbic has secured the second-string spot with his impressive preseason performance at Numancia, but there is always room for a third-string keeper in my opinion.

Free agents usually are desperate to join a club. They can be everything from untested young youth products looking for a chance, or old goalies looking for one last trophy. There are a massive amount of free agent goalies on the market.

These include keepers dropped off from big clubs: Antonio Mirante was dumped from Roma, Sergio Romero from the Red Devils, and Miguel Angel Moya from Real Sociedad.

There are untested products: Ataberk Dadakdeniz, Mamadou Samassa, and Ziga Frelih are some of the most valuable free agent keepers in the market. If Atleti decided to use this option, they’ll need to traverse the market carefully: there are busts left and right. 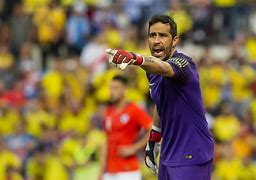 Into The Calderon has said before that Atleti could look to buy a more experienced goalie, so it’s probably the most valid option. An experienced goalie would bring more wisdom to the club, while also mentoring Atleti’s two other goalies. In the article, Aitor Fernandez, Tomas Vaclik, Jose Sa, and Pau Lopez, and Roberto Jimenez were cited as potential backup keepers. However, none of those options turned out to be valid predictions. Fernandez and Roberto remain the starting keepers, while Vaclik, Sa, and Lopez moved on to new clubs.

However, there are still plenty of options. Jordi Masip from Valladolid is a feasible transfer, while Lukas Fabianski(West Ham), Pepe Reina(Lazio), and Claudio Bravo(Betis) are all also good purchases. If Atleti ever decide to go one of the more common routes and bring in a locker room mentor, there are always goalies that Atleti can bring in

Well, I guess this is the likeliest option. Jan Oblak has only missed 20 games out of a total of 415 career games, and we already have Ivo Grbic, who is a pretty good replacement for Oblak.

Plus, Atleti will need all the funds they can accumulate to hunt for a suitable number 9. While a backup goalie definitely isn’t the priority right now, it should be on the back of the management’s mind.

Let me know down in the comments what you, the reader, thought of this!