Rating Atletico's midfielders this season: From Augusto to Yannick

Share All sharing options for: Rating Atletico's midfielders this season: From Augusto to Yannick

Another heartbreaking end to a season that showed plenty of potential. Diego Simeone constantly reminds the media and the wider world that Atletico are fighting for third place in La Liga and just the slimmest chance to dine at the top table of European football.

He has a point and while Atletico might need to recruit in the summer to keep pace with Europe's finest, there were plenty of positive moments, amongst others, to reflect on after a topsy-turvy season.

Here are our midfielder ratings:

From a leadership stance, Gabi was imperishable in the middle of the park for Atleti. The injury to Tiago caused a few questions to be asked around the Calderon and Gabi answered each and every one of them. Not always pretty, not always technically excellent but always looking for work, finding it and carrying it out with the aggression and temerity that has come to define Simeone's era at the club. So good, in fact, that he was mentioned as a possible late inclusion in Vicente del Bosque's Spain squad for the Euros having never been capped before. At 32, you know you're doing something right when that happens. 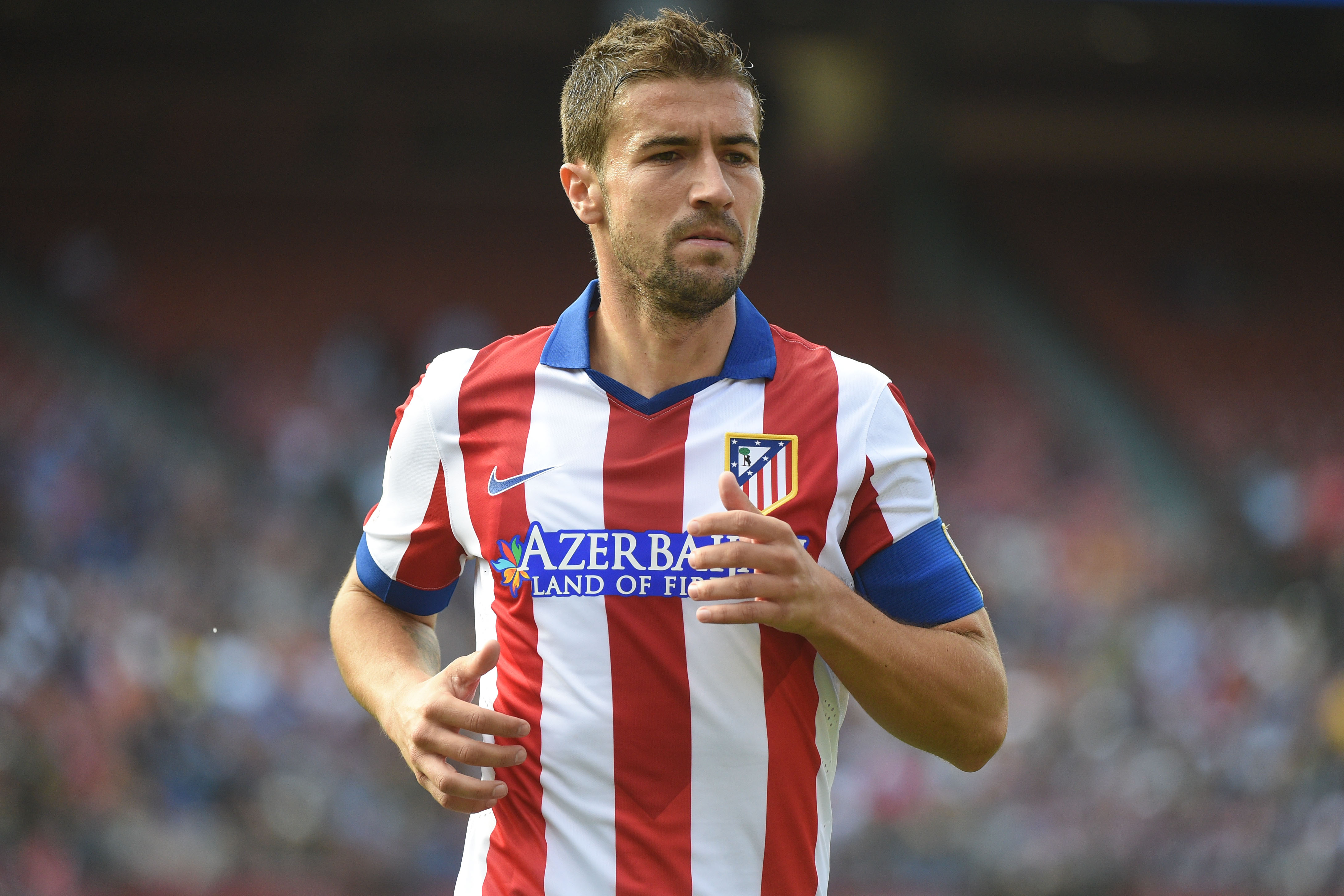 Senor Resurrección had somewhat of a resurrection in the second half of the season himself. He seemed to finally succumb to Simeone's uses for him and could not find his flow as the season started and rolled towards the winter break. Once he found that flow, however, he went on a role of seven assists in seven games and got that air of confidence back. He finished the season with 15 assists in La Liga and became the important, hard-working yet creative force every Atletico fan knows he can be.

Thomas emerged from obscurity around the middle of the season but disappeared back there in a similar fashion just weeks later. He did not feature in any of Atletico's first twelve games and came on against both Rayo Vallecano and Levante to set up a winner and score one himself in consecutive games. Word on the street was that Thomas was the real deal. We still think he is but he suffered a hamstring injury soon after he had made his biggest impact and his season was reduced to further substitute appearances with little or no impact. Has many of the same qualities as Saul Niguez and will improve next year, but that might have to be on loan at another Spanish club.

Taking into account the fact that he started the season on the periphery of the squad, he used a key injury to turn himself into one of Diego Simeone's most important players. Saul is one of the most versatile midfielders in world football and offered us insight into that versatility throughout the season. He is a bundle of energy and will improve again next year. Once he broke into the squad, and after some early teething problems, he only missed two games - one against Rayo Vallecano and the other against Espanyol, even though he did come on as a sub in that one - and does not get injured, suspended or tired. Truly a breakout season and expect plenty of transfer speculation over a long, hot summer.

As Anthony Martial landed in Manchester at the end of the transfer window, Yannick Carrasco was settling in at the Calderon in a move that did not garner even a smidgeon of the attention his former Monaco teammates' did. His display in the Champions League final, which culminated in a goal, has people talking and it was the perfect way to end an excellent first year with Atletico. He offers something different to los Rojiblancos and has unerring speed on the break. He might have to improve his finishing if he is to make a real splash like Martial but keep a close eye on him at the Euros this summer.

Really struggled this season and there is fear that he will have to leave Atletico Madrid in order to fulfill the potential he so obviously has. A news story broke during the winter break that he had signed with Borussia Dortmund and for all intents and purposes, it was believable. Simeone likes the player and he knows how good he can be in creative situations but will have to work harder to adapt to the Atleti way under the Argentine.

It would be unfair to give Tiago a rating as his injury so early in the season derailed any impact he might have on the team. He started very well, however, and has signed a new one-year deal at the club. The Portuguese midfielder did not make his national side's Euro 2016 squad and will come back refreshed and ready for another season at the Calderon.

A winter arrival that worked out as needed. He filled in for Tiago after the Portuguese midfielder went down with a broken leg. Started most games he was available for in the league and offered ample protection to Atletico's back four in the Champions League - the first leg against Bayern Munich in particular stands out. Tiago has been given a new one-year deal and it remains to be seen what happens with Atleti's midfield next season. Expect Thomas and Kranevitter to go on loan.

Never really got a chance to shine but will put the six months he spent within Simeone's squad to good use when he returns to preseason training. Will most likely be loaned out with Galatasaray, in particular, keeping tabs on the Argentine. Keep an eye out for him at the Olympics with Argentina.