Diego Simeone's work is never done. On the back of turning Atletico Madrid into one of the eight best teams in Europe, he is now faced with manipulating a squad packed with new signings, talented canteranos and superstars in the earliest stages of their rise to the top.

The reinvention of Atletico Madrid from a counter-attacking team to a more naturally attacking side has many eyes upon it from all corners of the world. It is decision time now, for Simeone, as his new signings are unveiled and a critical period in Atletico's season and continued ascension to the upper echelons of world football approaches.

You can point back to the 33rd minute of Atletico's clash with Espanyol  back in November when Tiago Mendes hit the ground and grabbed the back of his calf following a seemingly innocuous challenge with Marco Asensio as the turning point in Atletico's evolution this season. The result of the tackle was "a non-displaced fracture to the middle third of the tibia", as the grim news reached Atletico fans, who were sure that the bad luck they have become accustomed to over the years was back following a brief respite since the hiring of Simeone. It wasn't, however, and they have won eight out of their nine games since that incident without missing a beat. 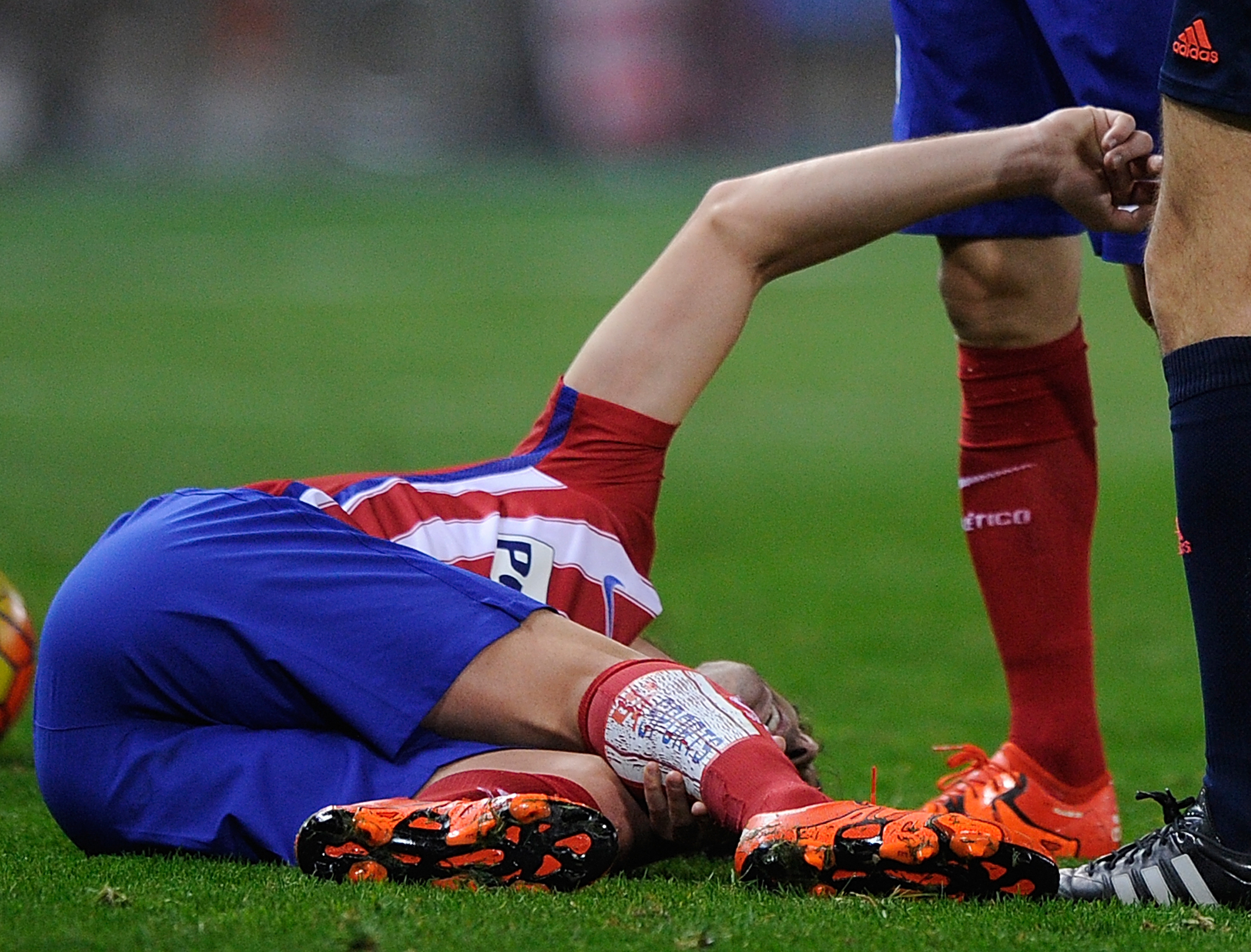 Sure, Simeone's hand was forced and it was not as organic an evolution as he might have liked but it has proven to be a blessing for some of the youngsters and their challenge to become first choice Atletico Madrid starters for the rest of this season and beyond. Following that challenge, the Portuguese midfielder's season was in tatters and Atletico's midfield was in a similar state. Koke was hauled into the middle and Saul Niguez was given an opportunity that was a long time in the making. No longer would he be watching from the sidelines, ready to pounce on any opportunity tossed his way. He was now the director of his own fate. And this is where the story gets interesting.

To say that Saul's form since taking over from Tiago has been inconsistent would be a reach, but the highs, which include pivotal goals against Benfica in the Champions League and Athletic Club de Bilbao in La Liga, have been mixed with some shaky moments that young players are prone to in their shift into the limelight. He offers an attacking verve that Tiago did not and has infused his technical and physical skills with energy and willingness in the middle. For all intents and purposes, Saul has done more than enough to merit inclusion in Atletico's best XI going forward at this point of the season.

Hindsight is a wonderful thing, however, and we are talking big business here with little room for risk-taking. Relying solely on whether or not Saul would come good was a risk Simeone was not willing to take. So, he pounced upon Celta Vigo's Augusto Fernandez for €6 million to ensure that whatever happened with Saul, Atletico would not be left short when the physical and mental drains afflicted upon his players was felt later in the season. Augusto Fernandez arrives as a versatile option for Simeone who can teach Matias Kranevitter -- another brand new arrival -- how to adapt to a new country and league similar to his 2012 move from Velez Sarsfield to Celta Vigo. Simeone has declared that Kranevitter won't leave on loan and Augusto offers options that Atletico did not previously have. And so you have it, Saul and Kranevitter to share time with Augusto waiting in the wings in case the latter takes longer than expected to meld into a harmonious team.

Thomas arrives at the Partey

One of Diego Simeone's main working principles is that, if you train hard enough and impress the coaches, you will be given chances. Thomas Partey is the living embodiment of this principle. He had impressed and was given chances, but ultimately was the first option to go on loan as the new wave of Atletico midfielders arrived at Barajas Airport in Madrid en route to the Vicente Calderon.

That was, of course, before Thomas slalomed his way through a host of Rayo Vallecano defenders and set up Angel Correa for the game winning goal against Atletico's neighbours and two days later beating a host of Levante defenders before driving a low effort towards their goal that resulted in another game winning goal that would see them top the league as 2016 approached. That's six points that Thomas has been directly involved in over the course of two games. Six points that see Atletico keep pace with Barcelona and separate themselves further from third-placed Real Madrid. That's a pretty significant contribution to complicate matters even more for Cholo.

It must also be said that Thomas had a hugely positive impact on Atletico's style in general and both games he has played in recently have opened up when he was introduced, aside from the goal and assist. Getafe have made it their winter transfer market mission to land Thomas but with him not only contributing, but directly influencing Atletico's style of play, Simeone can't let him leave without a some severe soul-searching in the coming weeks.

Atletico have options now, with six or even seven players available for the three midfield positions that Simeone now employs more regularly. There are other options like sending Angel Correa, Oliver Torres or any of the aforementioned youngsters out on loan but, as of now, Simeone is keeping his cards close to his chest, because there is confusion, congestion and contemplation needed at this point of the season. Simeone's overseeing a critical period in the history of Atletico Madrid and in the careers of some of the most promising young players in Europe and the world, he must think carefully as to how the next phase will begin.