Preview: Atletico aim to take top place in Group C with Benfica and Astana playing earlier in the day

Atletico's main aim is finishing top of the group and Wednesday will indicate to us wether that is possible or not.

Share All sharing options for: Preview: Atletico aim to take top place in Group C with Benfica and Astana playing earlier in the day

Atlético Madrid and Galatasaray face each other in the penultimate game of the UEFA Champions League group stage tonight at the Vicente Calderon. The Turkish side arrive to the Calderon in third place of the group having accumulated four points in four games. A draw would be enough for the Colchoneros to mathematically qualify for the next round. Although, achieving only one point along with a win for Benfica in Astana could result in Atletico's hopes of finishing first in the group coming undone.

Games played in Astana occur earlier than the usual Champions League game time of 7.45 and Astana and Benfica will have already played by the time Atletico take to the field under the Vicente Calderon floodlights in Madrid. Hence, Atletico will know what is required of them by the time their game kicks off and three points could spring them to the top of the group should Astana defeat their opponents.

As Atletico found out on their travails in Kazakstan, picking up points in the frozen tundra is not easy. The low temperatures and artificial turf play into the hosts' hands and do not bode well for visiting teams. This can be an extra incentive for Atletico as they will know what is needed of them in the clash with their Turkish opponents.

The Turkish side has two noticeable absences: captain Selçuk İnan and possibly their best striker in Burak Yilmaz. Both players reached the yellow card limit in their last game and are not eligible to line out against Atletico Madrid

Inan, is one of the keys players in Galatasaray's midfield, while Yilmaz with 5 goals in 10 games is one of the top scorers in the team. Carole and Hamit Altintop, not as present in the starting XI, will not be available due to injury.

As Sneijder (30) and Podolski (31), two of the better known players in the Turkish side, remain in good shape, Atletico will have to be careful of their presence. The Dutch midfielder is the soul of the team and his powerful shot is always a danger. Meanwhile, the German international striker has not lost his scoring touch since swapping Arsenal for Galatasaray and is the team's top scorer (6 goals). 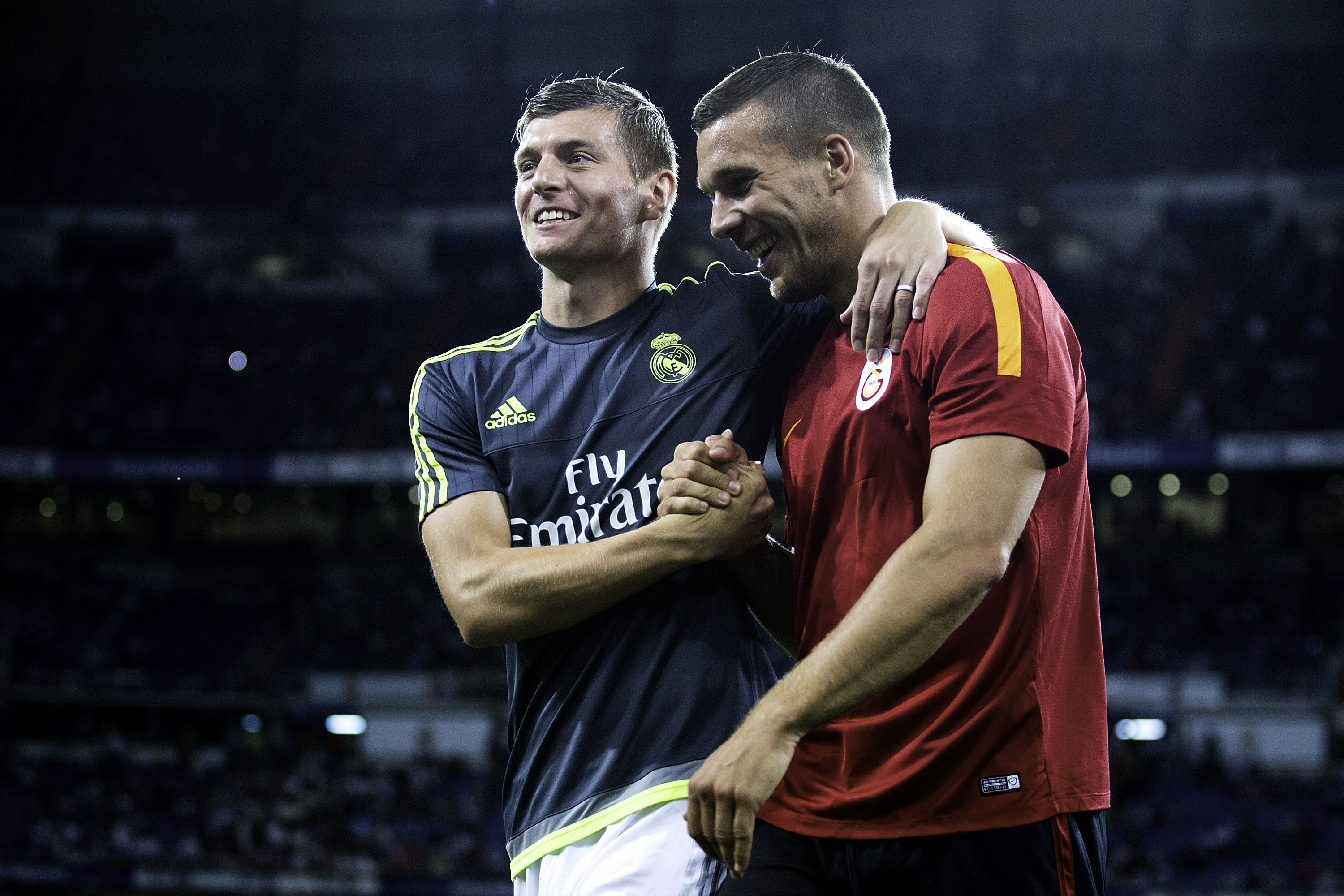 Meanwhile, Atletico continue to recover some of their injured players and Juanfran would return to the starting line-up for the Wednesday night clash. Only Jackson Martinez, who continues to struggle with an ankle injury, remains absent.

It appears that, after the attacking intent shown by Atletico's attack in their win against Betis, Simeone might opt to remain with the 4-3-3 tactic on Wednesday night. Oblak again kept a clean sheet, which points towards the defensive solidity that Simeone did not want to lose when becoming a more attacking team. Koke seems to be one of the players to have benefitted most from this change, allowing him to play more central positions and closer to the opponent's penalty area.

The captain, Gabi, was also happy with the new arrangement at his most recent press conference and explained that the attacking tactic allows the team to apply pressure higher up the field. He also praised the ability of his teammates to adapt their performance to the game and become problem-solvers on the field.

The only unknowns, as of now, are whether Gimenez or Savic will pair with Godin in the centre of defense and whether Torres remains in the team or not. One change does seem clear: Juanfran will replace Jesus Gamez as the right back.