Assessing Atletico Madrid's summer signings: From Carrasco and Correa to Jackson and Vietto

Share All sharing options for: Assessing Atletico Madrid's summer signings: From Carrasco and Correa to Jackson and Vietto

Atletico Madrid believe they can make ground on Barcelona and Real Madrid in the coming years. The catalyst for such positivism began when Diego Simeone helped "Madrid's second team" lift the league trophy in 2013-14. The momentum gathered from that unlikely victory stalled last season but picked up steam during the summer when Atletico signed several high profile players in an effort to ramp up the pressure on their two main rivals. Here's a look at how each player has done since first donning an Atletico Madrid jersey in August.

Yannick Ferreira is very much en vogue at the moment. He has grasped Cholo's style of play and seems to full understand just what is needed from him on a weekly basis. A player with Carrasco's profile was needed at Atletico for some time. He is fast, has the ability to break opponent's defensive lines and inflict untold damage in the form of the counterattack. He was primarily used in a defensive manner at Monaco under Leonardo Jardim and he has surprised many with his rapid adaptation to the demands of his new Argentinian coach. Not initially seen as a player who would start weekly, he has slowly become a player that is impossible to replace. 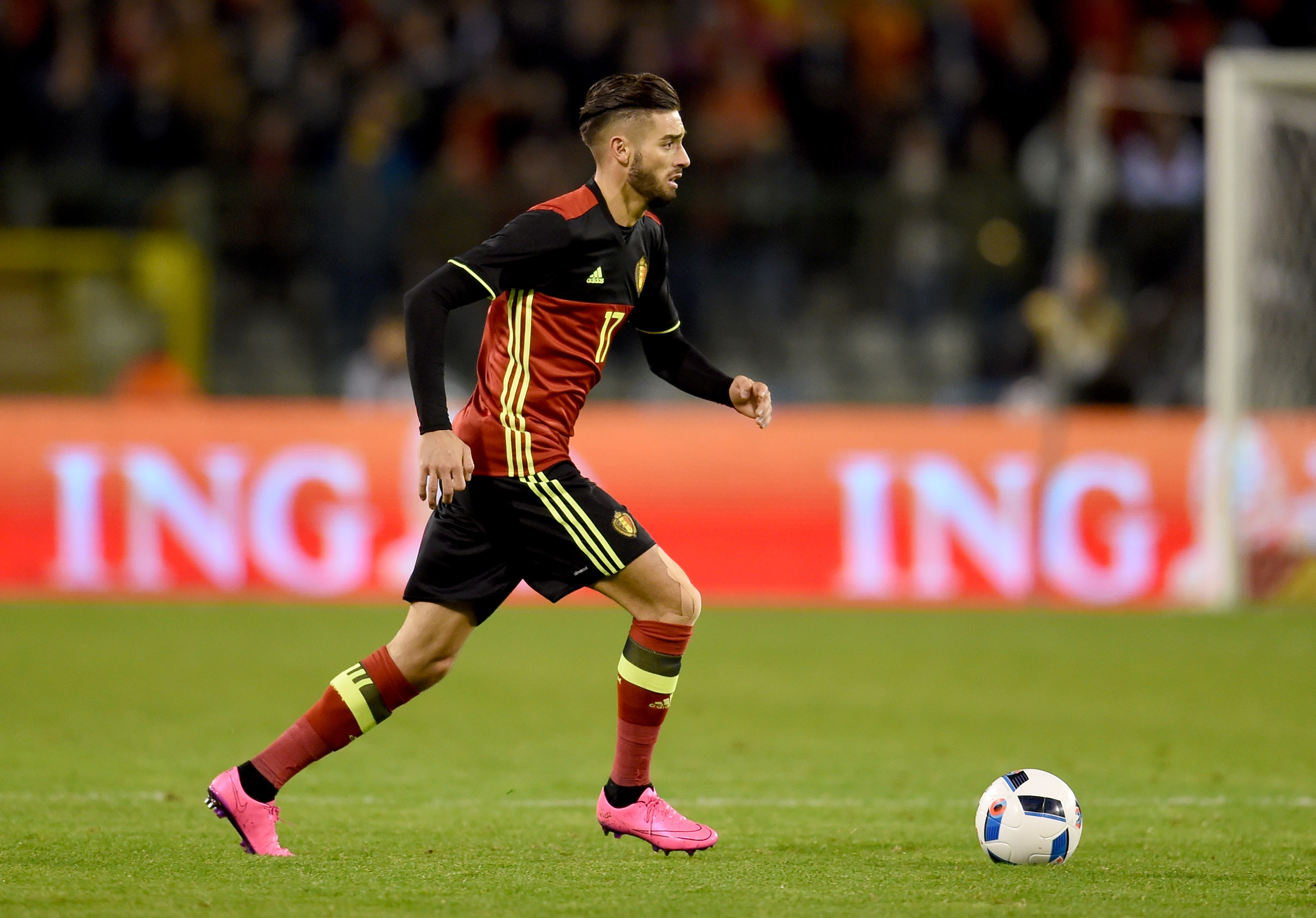 Along with Carrasco, Correa has been one of the brightest spots in Atletico's summer transfer business. While he joined the year before last, he only returned to Madrid following a spell out with a heart condition. At only 20 years old, Correa has an admirable audacity to attack and has shown bravery during his time with Atletico. He is the kind of player who makes you believe that anything is possible when the ball is at his feet. He seems comfortable at the moment as a role player and has become an impact sub during his first year under Simeone. Good enough to have been called to Argentina's national team. If he's good enough to play alongside Messi, then he's good enough.

Savic joined Atletico in the knowledge that snatching a centre-half spot from Jose Gimenez would be hard and snatching one from Diego Godin would be impossible. The Serbian has only been involved in three games for los Rojiblancos thus far paying 90 minutes in total. He has proven himself to be a serious defender, which has not gone unnoticed with teammates, his coaches and around the Vicente Calderon. Savic has an ability to win aerial duels, which bodes well for his future at Atletico under Simeone. His solid, if limited, displays have been a success and he has done exactly what was requested of him in Madrid.

The Brazilian defender returned to Atleti after a wasted year spent rotting on Chelsea´s bench and in the shadow of Cesar Azpilicueta. Several excellent preseason performances left fans believing Luis has never left and would slot seamlessly back into Simeone's XI. Reclaiming the left back spot was not a difficult one considering Atletico's problem at the position last year and he has played the most minutes in that position this season. Defensively, the Brazilian is still as solid as a rock but occasionally he jeopardizes his duties when losing possession high up the field. Upon leaving Atletico, Luis was the best left back in the world and he has a lot of work to do to reach that point again.

Having spent a year on loan in Porto, the canterano inherited the number 10 jersey from Arda Turan as Simeone looked to replace the Turkish playmaker. An excellent preseason followed by another great performance against Sevilla in the 2nd matchday has positioned the youngster well with fans and his coaches. His effect slowly dissolved, however, and he has been marginalised for the time being. He has not been chosen by when Atletico are set to apply plenty of pressure on their opponents but has suffered against better teams. He must take the long route in order to adapt to Atletico's style of play. Although it's true that occupying a spot close to the wing can negate his attacking intent. Perhaps a more central or roaming role could beckon in the future. The academy player still looks to be an important resource in matches where the opponent gives up most of the possession.

3 goals in 15 games seems a rather poor return for a signing worth 35 million euros, but there are several factors that can affect this statistic. At times, poor luck and poor decisions have prevented the Colombian from adding to his tally. In addition to this, a pressure applied externally, and possibly internally, is playing in a team that has produced great striker such as Sergio Aguero, Radamel Falcao and Diego Costa. Sometimes he is asked to be a goal scorers in remote area from the goal, while he is a real fox in the box and needs to be positioned there. Despite this, he often takes poor touches but once his streak heats up, watch out!

An operation for acute appendicitis has resulted in a stuttered takeoff for the Argentine attacker. His only goal, in a game against Madrid, seemed as though it might be the boost he needed. However, the injury ensured that he would miss a month. Added to this is the physical requirements placed upon players under Simeone - he spent some times struggling to adapt to Cholo's training during preseason). All things told, his integration into the side has been lukewarm and there is a long way to go before he is considered a success at the Calderon.