Atletico Madrid 4-0 Real Madrid. That was the scoreline when these two giants in the capital city of football met the last time in the league. Atleti were desperate to go out and repeat that scoreline, while Real under new management were desperate to avoid it at all costs.

The first few minutes of the game went as one would imagine any derby would start. Tetchy, passive and slow. After the game had settled in, relatively speaking, Real we're the first to take the initiative.

Atleti decided that they would sit in and try to smash Real on the break. However, this tactic is only effective if defensive duties are performed properly. Sadly for Los Rojobalncos, this was not the case, both Felipe Luis and Giménez were terrible for the goal. Luis allowed Dani Carvajal to whip a delectable ball in, under no pressure, to an unmarked Karim Benzema, Giménez guilty of ball watching and losing his man. Perhaps, anticipating Oblak to come out and claim the cross, but such was the quality, the swerve, the dip on the ball that was never going to happen. 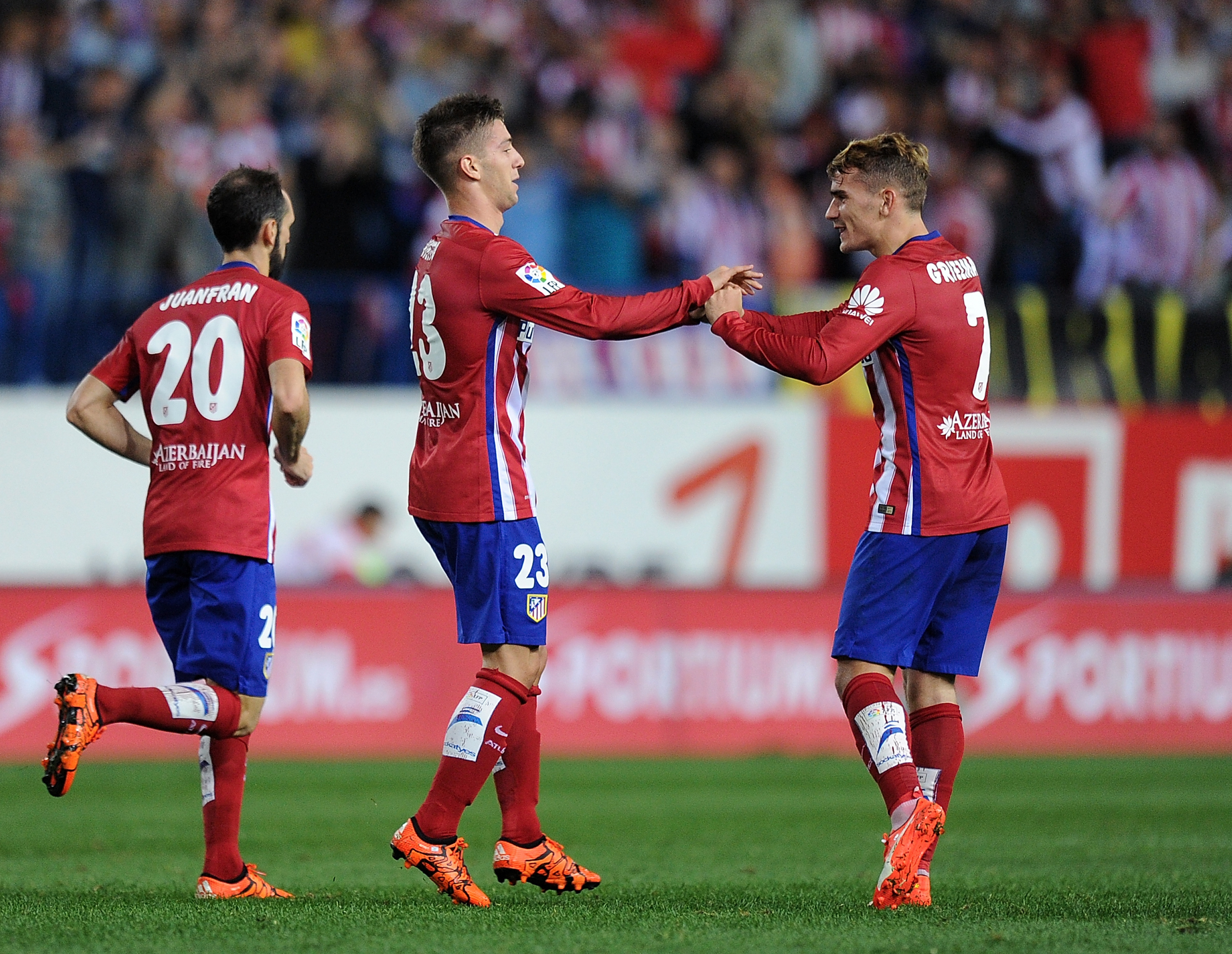 Atleti responded to going a goal down. They kept their head and continued to play they're game with Correa clearly showing his worth going forward. The diminutive Argentine was at the heart (excuse the tasteless pun) of everything Atletico Madrid were doing. Beautifully linking up with both Torres' to agonisingly fire wide on two occasions.

Then came the biggest opportunity of the first half for Atleti to equalise, on the 24th minute El Niño broke through the last line of defence after some sloppy midfield play from Real. Sergio Ramos got back and made an excellent last ditch tackle to stop Torres. However, he took a poor touch and Tiago came steaming in, dinked the ball over a sliding Ramos who took the Portuguese down and earned Atleti a way back into the match. Sadly though, it was not to be. Griezmann had his spot kicked saved by Keylor Navas, his second penalty save of the season. There wasn't too much wrong with the penalty, struck with power and close enough to the corner. It was just an excellent piece of shot stopping from the Costa Rican.

After that, the game went flat. Not much in it for either side other than a few tight offside calls for Los Colchoneros. This was typical "Benitez". Take the sting out of the game so the opposition has no chance to equalise. A risky tactic though, especially against Atletico Madrid with a very potent front three. It worked up until half time at least. Atletico went in one behind at the break and had every right to be frustrated with the scoreline. Not only should they have been ahead through the Griezmann penalty but they also should have been ahead. They were by far the better team.

All Atleti in the second half

The game resumed with a far more enterprising Atletico Madrid lineup. Oliver Torres made way for Yannick Carrasco, a move which would provide the Atleti midfield with more direct penetration with the pace of Carrasco, rather than the neat and tidy passing of Torres.

However, the box-to-box nature of Carrasco did concede some defensive solidity in comparison to the more tactically disciplined Oliver. Ronaldo, for seemingly the first time in the game, was given time and space to turn and take on Juanfran in a foot race. Juanfran, who is no slouch, was rinsed by the aging superstar down the Atleti right. Ronaldo got to the byline and looped in a delcious cross which was thankfully dealt with through a combination of Luis and Tiago.

After this brief trip forward for Real the first ten minutes of the second half resumed with Atleti showing all attacking intent, the probed and probed around the Real eighteen yard line, but couldn't make any real inroads other than a couple of half chances for Torres and Griezmann respectively.

On the fifty five minute mark Angel Correa was replaced by Luciano Vietto, a wise move from El Cholo. Correa may have been the bright spark in the first half, but carrying a booking he made a number of small fouls at the beginning of the second. A red card was imminent had this change not been made. However, he had made his impression on this game, and indeed throughout the season. A huge prospect and certainly someone Atleti fans will be seeing a lot more of as this season, and indeed many more, progress.

For the majority of the second half the game went off without much incident. Both teams sparred with one another, both teams made substitutions without making much difference to how the game was being played. Well, until the 81st minute anyway. All three of Simeone's expensive summer signing substitutes linked up to ignite a fire under the Calderon crowd which had nothing to shout about in the second half.

Carrasco won the ball back in midfield, slipped Jackson through inside the fullback who sprinted like a racehorse to the byline leaving Marcelo in his wake. He then pulled the ball back to an onrushing Griezmann who dummied (he totally missed the ball but we, at Into the Calderon, like to be nice) for Vietto who placed the ball off the post (scuffed it and nearly missed) and past the seemingly unbeatable Navas.

This sparked the second half into life, Real became nervous and rash in the tackle which brought in the typical "el derbi handbags" for the first time. Real were on the ropes and repeatedly needed an impervious Navas to save their skin, pulling off a world class save from a Jackson effort from just outside the box.

Sadly, the influx in energy came too late for Atleti to claim a deserved victory. Benitez will be the happier of the two managers, an unambitious system claiming a point thanks to an outstanding goalkeeping performance and a terrible three seconds of defending from Los Rojoblancos.