There was genuine concern that Griezmann would never turn into the complete player, but with the help of Simeone, he has become just that

Share All sharing options for: Antoine Griezmann's transformation a credit to Diego Simeone

Diego Simeone was perched upright, his eyes focussed and concentrated. The Argentine manager spoke in typically measured fashion, only pausing to ruffle his dark beard. "He is very young, and is adapting to a different system. He is a winger, and we think he can be a more complete player. He has agreed to commit himself to this. It will take time, but we need the youngster to begin to be a man and be an important player."

Those comments were made by Simeone in a press conference in October 2014. Atlético Madrid were only days away from meeting Córdoba and El Cholo faced a barrage of questions on the downturn in fortunes suffered by one Antoine Griezmann.

Griezmann had failed to score in his first nine La Liga matches, doomed by the comparisons with, well, the peroxide bleached bicycle kick scoring Real Sociedad version. Almost a year to the day, that boy has become a man. 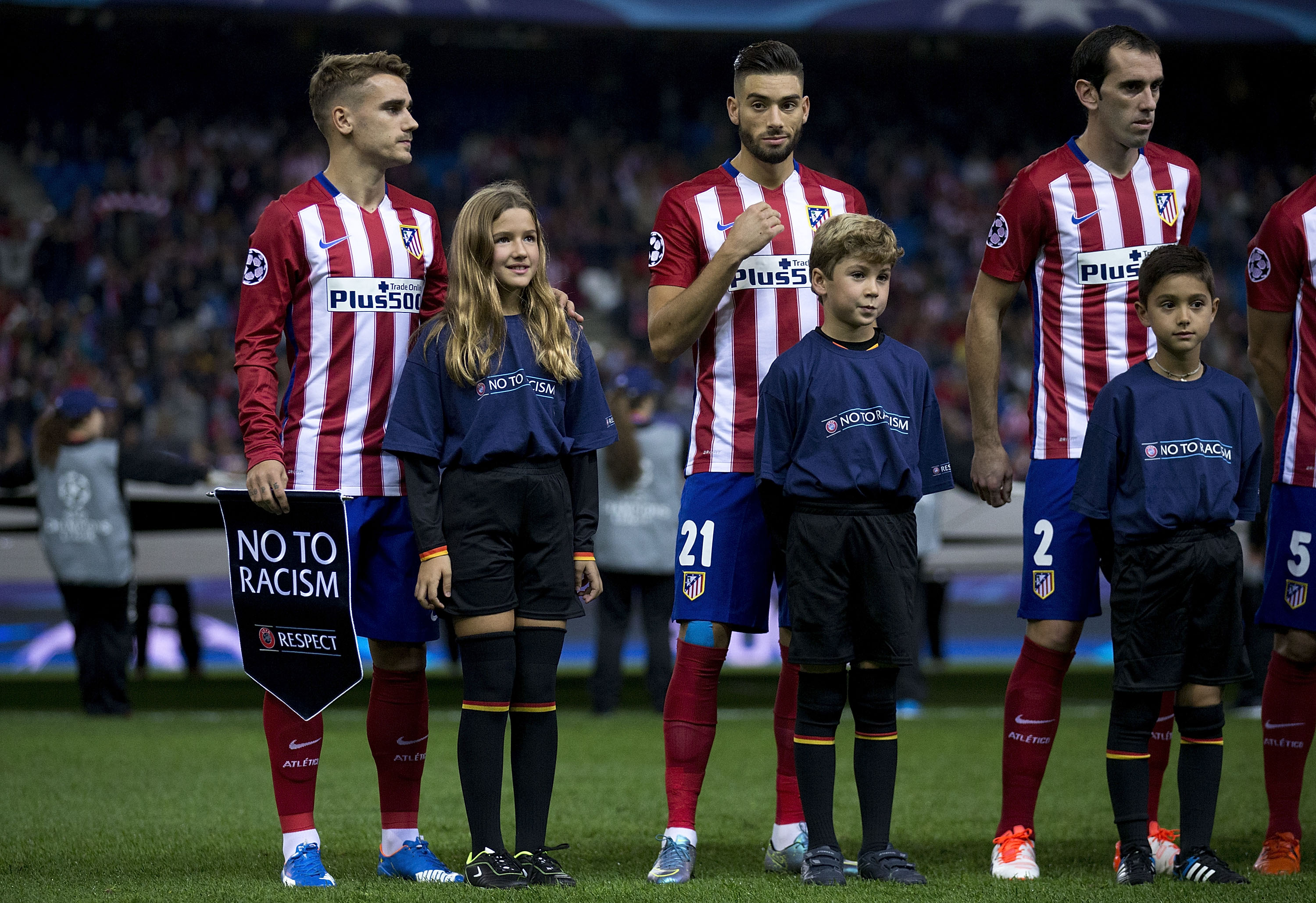 Virtually every facet of Griezmann's game has improved in the fourteen or so months spent working with Simeone. He presses with greater intensity, stretches defenders with his vibrant pace more regularly, creates more chances for teammates, has more clarity in his decision making and is a constant menace for those faced with stifling his brilliance.

At Real Sociedad, Griezmann scored prolifically, but was often on the periphery

At Real Sociedad, Griezmann scored prolifically, but was often on the periphery. Whilst capable of occasional ingenuity, there was a sense that the Frenchman rarely extended himself. Now he is a constant figure, whizzing into space behind defensive lines, finding strike partners with keyhole surgical precision and invariably arriving at the right time to finish off attacking moves.

Griezmann combines speed with flair, capable of accelerating at speed but also impishly wielding his sorcerer like left foot.

When asked to outline the prototype Diego Simeone player, Griezmann wouldn't automatically figure in your thoughts. It is a credit to both the player and coach that Griezmann has transformed from gifted slacker to relentless difference maker.

Sunday's 2-1 win over Valencia at the Calderón was the 59th different line-up Simeone named in 59 matches. Griezmann is one of the few constants though and only a fool would leave him out on current form.