Can Antoine Griezmann become the best player in the world?

Share All sharing options for: Can Antoine Griezmann become the best player in the world?

In December 2007 when Ricardo Izecson dos Santos Leite, who is also known as ‘Kaka', was awarded the Ballon d'Or, it was a culmination of a number of factors. One of these was the departure of Andre Shevchenko to Chelsea, which meant the Brazilian became the focal point of Carlo Ancellotti's Champions League winning side, another being that he had been steadily putting his mark on European and World football for a number of seasons through a unique style of explosive guile. From this point on, the world's best player has been a tug of war between Lionel Messi and Cristiano Ronaldo. This trend may continue in Zurich on the 11th of January 2016 as both head up the list along with 57 other nominees, one of whom will inevitably break up football's duopoly.

Antoine Griezmann is already one of the best footballers in the world. His array of talents are far-reaching and include being technically excellent, hard-working, explosive and intuitive. He doesn't tend to say too much off the field and has matured a great deal since an ill-judged trip to a Parisian nightclub whilst with the French under 21 squad that resulted in a ban from all French national teams for one year back in 2012.

Sid Lowe was asked on The Spanish Football Podcast recently as to whether Griezmann was poised to take over from Lionel Messi and Cristiano Ronaldo as the world's greatest players once their stars begin to wain. Lowe intimated that he had little doubt that Griezmann had the ability to do just that, but hypothesised that Griezmann might not be as influential in big games as he ought to be.

For the record, Griezmann has been a revelation since joining Atletico Madrid in the summer of 2014. His current form places him among the world's best and his four goals and two assists have helped Atletico to an excellent start to their domestic campaign. He has the chance to announce himself to a much bigger audience during Euro 2016 and will have to perform if he is to put himself into the conversation as a replacement for Messi and Ronaldo. The fact that the tournament is being held in France will mean added pressure from all angles and the question remains whether Griezmann can handle that pressure.

Griezmann vs The World

Antoine Griezmann has played in 64 games for Atletico Madrid since he joined according to Transfermarkt. He has scored 31 goals and added another 10 assists to his tally during this time in all competitions. 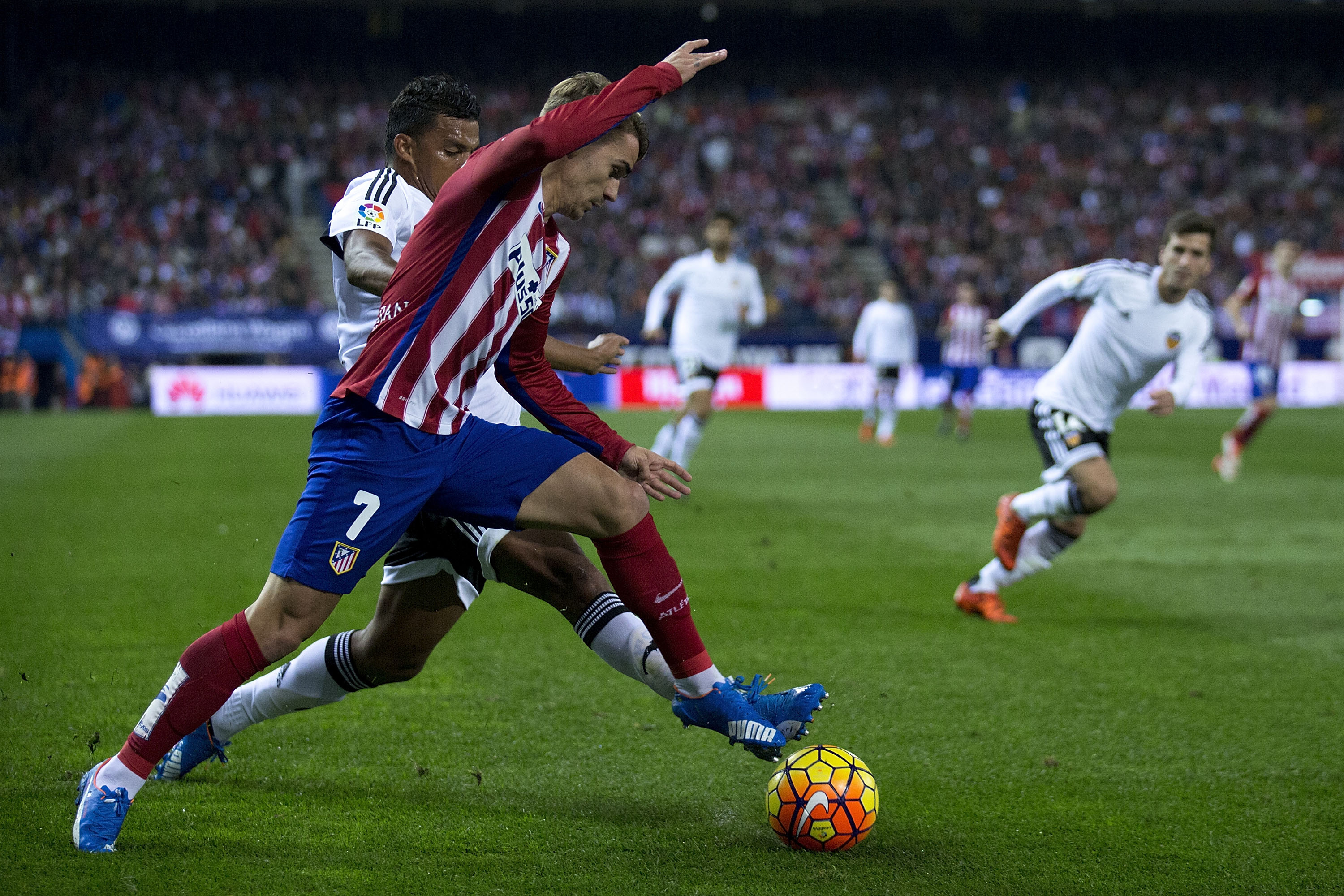 In match reports from these games, including this years loss to Barcelona and draw with Real Madrid, the general sentiment is that Griezmann worked hard but failed to show any attacking vigour. This is quite possibly a symptom of Diego Simeone's tactics and the necessity to sit back and take what the opposition offer Atletico, as opposed to a fundamental lack of 'big-game cajones' from the French superstar.

The evidence supporting the theory that Atletico simply need to improve against Barcelona is empirical, but Griezmann has to become the player who turns those games if he is to be mentioned amongst the world's best. As stated in another Into The Calderon piece, Griezmann works heroically, while making sure that he is in the right place at the right time to finish attacking moves for his side. He just needs to do it against Barcelona and continue doing it deep into the Champions League in order to convince the doubters.

He has opportunities aplenty this year having gained the trust of his club and international managers and with the European Championships looming, expect Griezmann to be both a perennial balon d'Or contender and, most likely, a Ballon d'Or winner in the next five years.