5 Keys To A Real Madrid Victory

Share All sharing options for: 5 Keys To A Real Madrid Victory

Ever derby is a big game. This one, however, could make or break either of the sides involved, should they lose. Atletico are coming off the back of two losses and Real Madrid trail Barcelona by one point and could fall too far behind with a loss to their arch rivals. The Calderon is the venue and bozz is the man who will give you five ways that Real can win the game.

Benzema has notoriously struggled against Atletico Madrid, a problem which has been exacerbated by Simeone's takeover and implementation of his hard-nosed defense. Benzema did score in the first minute versus Atleti two seasons ago in the 2-2 league draw, but he had generally looked timid and ineffective when going up against Godin and co. Madrid needs to make a concentrated effort to find him in advantageous positions and to feed him the ball to get him rolling early. Benzema often gets praised for his ability to involve others before himself, and rightly so as it takes a selfless kind of player to play alongside Cristiano Ronaldo, but if ever there was a time for both him and his teammates to try and get him off the mark its the Madrid derby.

2. Keep the ball circulating at a much faster pace.

When Atleti settles in the low block it's, more often than not, game over for opposing offenses. Real Madrid needs to circumvent this with incisive, fast-paced passing that'll stretch the field and create mismatches with its pace out wide. Juanfran and Filipe Luis are two of the league's best fullbacks, but the former relies more on his guile and intelligence than pace while the latter has hit a bit of a form bump lately, so Real Madrid must look for quick ways to bypass those two using the pace of Gareth Bale and Cristiano Ronaldo and Marcelo. If Real Madrid opts for the slow possession game which we've seen in the last few matches, it'll play right into Atleti's hands and will suffocate the creativity of Benitez's men.

Rafa Benitez has done an admirable job so far this season in allowing his players to be fluid in not only what they are expected to do, but also the shape of the squad both on offense and defense. There have been instances where the team formed a 4-4-2, 4-3-3, 4-2-4 and 4-2-3-1 all in one match and though the draw versus Malaga was much less fluid, the squad has taken to this changing of looks quite well. Atletico Madrid is arguably the most well-oiled defensive machine in the world, so mixing things up by shifting pieces around could prove to throw a wrench into that machine. A player such as Mateo Kovacic coming into the match in the second half could allow this flexibility as his inclusion brings someone who can fill in at a number of roles, so expect Benitez to have his men moving all over the place trying to exploit gaps. 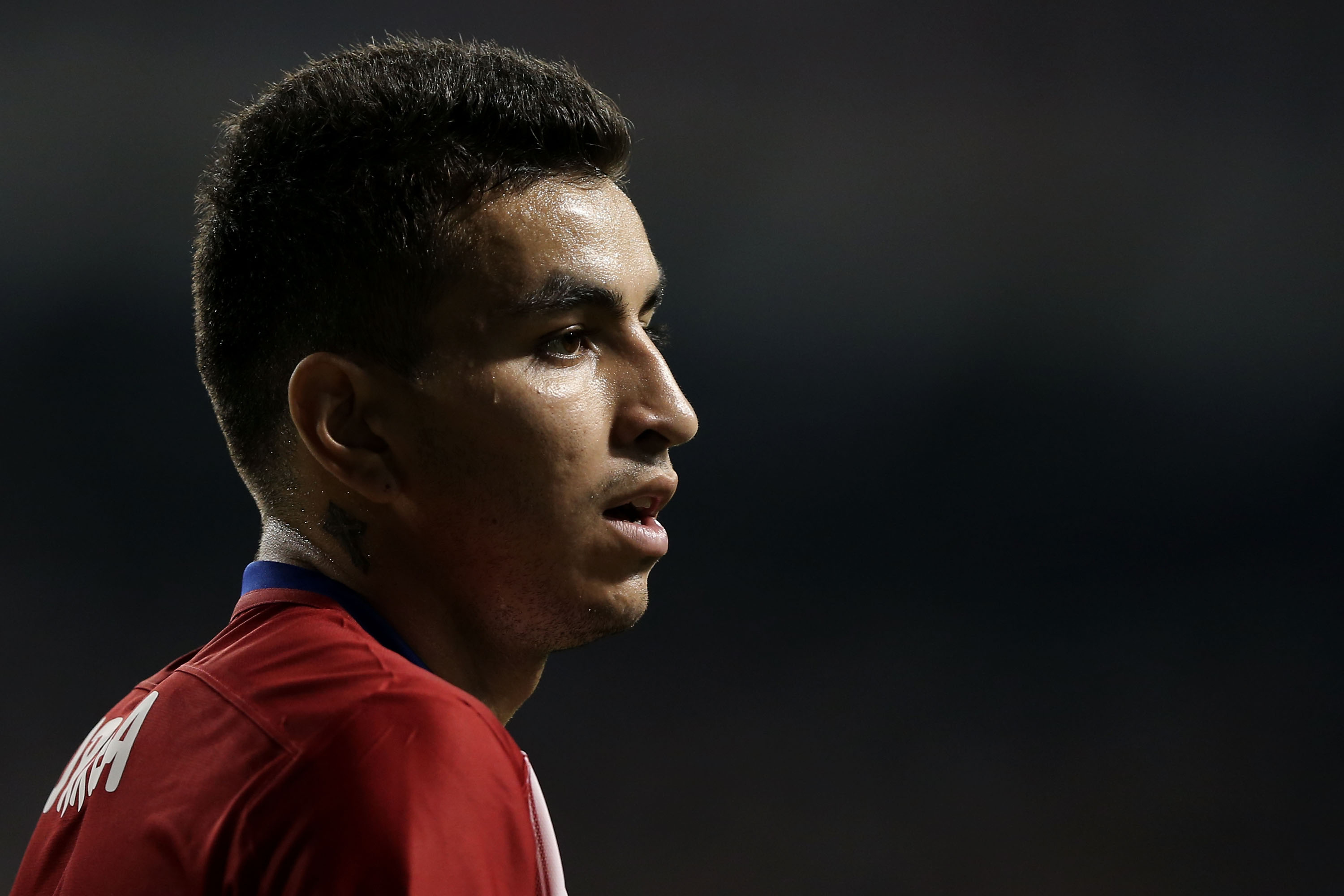 Angel Correa, now that his health issues are behind him, is showing why he was one of the most talked about prospects in the world a few seasons ago. His robust energy, creativity and deadly eye for goal has been a turbo boost for an Atleti side, which needed someone to take the heat off Griezmann on the offensive side of things. Whether he starts or comes off the bench, he'll surely be a livewire and Benitez might have to consider man-marking him with Raphael Varane as he's his fastest defender and most intelligent in taking the ball off of creative maestros such as Correa.

Atletico Madrid likely won't have large possession numbers, nor will they likely flood Navas with shot after shot. What they are certain to have is three or four excellent looks on goal and that's what has been the killer for Real Madrid over the last two seasons as lapses in defense have allowed Simeone's men to efficiency pounce on such chances. Real Madrid will have to stay on point for all 90 minutes and not repeat errors such as the two Fernando Torres goals in the Copa Del Rey last season with set pieces being the obvious areas of concern. Keylor Navas has been in sizzling form this season and has reflexes that are second to none, but he does have a tendency to punch balls rather than hold them and he's not the world's best when it comes to set pieces, so Varane and, likely, Sergio Ramos will need to stay on their toes throughout.